Purchase, Play, Stake NFTs and Compete in the Future of Defi Based Gaming – m$ports™

AnRKeY X™ is bringing the novel concept of m$ports, a new gaming industry called money sports. This is made possible thanks to the combination of DeFi Yield Farming, NFTs and eSports, with everything powered by the gDEX (Decentralized Finance Gaming Platform Exchange) protocol platform built on the Ethereum.

The gDEX platform is the center of AnRKeY X™ universe, where users will be able to play, stake, purchase and sell, using the $ANRX arcade coin.

The first interactive game, Battle Wave 2323™ is due this quarter, Q4 2020. This game sees nine different pool battle teams competing for the weekly highest APY and high rewards. These rewards are divided in two parts: $ANRX coins distributed to pools as yield from farming, while nine lucky members of the winning battle team get a scare Yield boosted NFT. These NFTs can be staked in the next battle to boost a teams’ APY and chances of winning.

NFTs can be upgraded with Golden Chalices and armaments for further yield boosts (similar to RPGs gems for enhancing your gear), bought from lucky winning members or sold.

The current pool battle teams are: 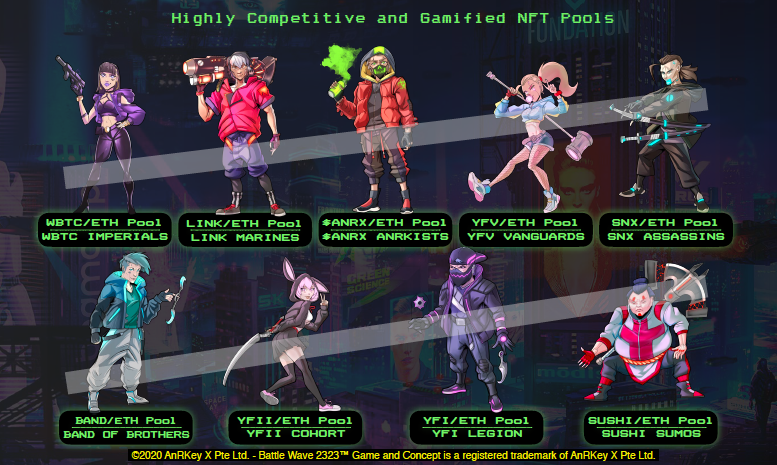 To join your battle team go to: https://discord.gg/anrkeyx

New m$ports games will be released every quarter, via AnRKeY X™ partner studio Waypoint. A company well-known for working on projects such Pokemon, Final Fantasy, Terminator and many others. They may also be released through third party developers using AnRKeY X™ proprietary SDK. These developers will get grants which fairly compensate their contribution to the ecosystem.

AnRKeY X™ primary users are DeFi traders and crypto enthusiast gamers, driven by a cyberpunk ethos and retrowave nostalgia. Some of the most recognized DeFi influencers are already backing the project, eagerly waiting to join the first interactive game, Battle Wave 2323. Leading blockchain companies like Plasma Pay are partners who will provide a FIAT payment gateway on gDEX.

A key AnRKeY X™ primary priority is to build a sustainable & profitable liquidity mining business model. At the core of this business model will be the gDEX platform with different interactive games, where everyone has the chance to win rare NFTs and profit from being part of the ecosystem. Users will be protected from fraud, rug pools, and whale behavior which frequently lead to the failure of many DeFi projects.

Project revenue streams will come from gDEX transactions (0.4% per transaction) and Marketplace sales (0.6% from NFTs). $ANRX stakers will also profit, getting 25% of every single transaction made on gDEX. Moreover, stakers will also have the power to add new pools and games to the ecosystem through voting proposals with a quorum of at least 20%.

The last but most important element is the team, composed of a set of blockchain leaders headed by J.D. Salbego, a very well recognized blockchain personality with vast experience managing and advising blockchain startups. He has featured on leading financial media TV channels and prominent crypto media outlets.

More detailed information about the project and the about AnRKeY X SHO is on https://daomaker.com/sho/anrkey_x

AnRKeY X is the first refundable Strong Holder Offering (SHO) of DAO Maker, a trusted fundraising platform and pioneer of Social Mining. This novel public sale concept initially secures 80% of sale participants’ funds in custody. If the project price falls below -20% of the SHO price within 6 months, all participants are eligible to claim 80% of their contribution. However, the refund policy will be canceled if the price level manages to stay above a 400% threshold for a period of 4 months. 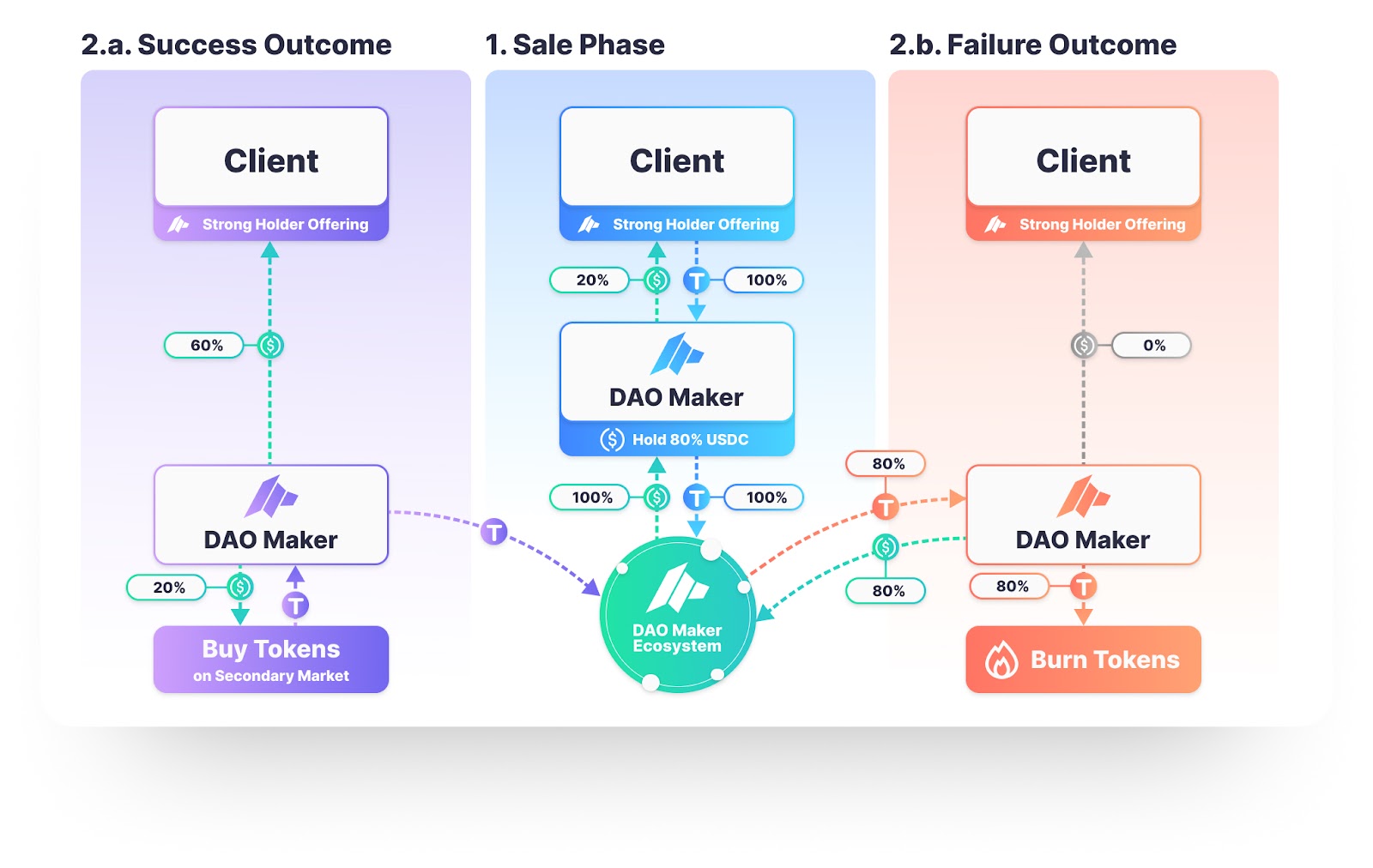 In the case of a successful scenario AnRKeY X will receive 75% of the remaining fundraised amount and 25% will be used to buy $ANRX tokens from the secondary market and to distribute them among DAO token holders.

Otherwise, participants have a window of one week to claim refunds, sending 100% of the tokens bought at the TGE and getting 80% of their contribution. On this occasion all refunded tokens will be given back to AnRKeY X for recycling, with all future returned tokens to be burned.

The AnRKeY X public sale price is $0.025 per token and is conducted through two rounds: A Strategic Round for notable investors and influencers with an allocation of $25,000 (1,000,000 $ANRX) and a Public Round of $100,000 (4,000,000 $ANRX). DAO Maker runs a chain analysis on all opted-in public round participants and chooses the best proven long-term holders. A personal cap is set at 500 USDC for the top 200 participants who will get an allocation in the first refundable SHO. Check with more information about the AnRKeY X SHO